FORE was founded in 2018 to find and foster innovative solutions to ending the nation’s opioid and drug overdose crisis. As an independent, private, national grantmaking organization, our aim is to make game-changing contributions to the field.

Inspiring and accelerating action to end the crisis.

We award grants in four areas: 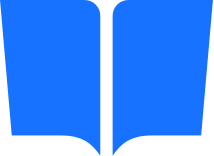 Informing state and federal policies to ensure access to care Raising public awareness of effective strategies for curtailing the crisis

Collaboration is key to ending the opioid and drug overdose crisis. We foster collaboration among grantees to brainstorm solutions to shared challenges and build a community of innovators dedicated to ending the opioid crisis. And we cast a wide net for new ideas, going beyond academia and advocacy organizations to also learn from those with lived experience of addiction, frontline clinicians, and community leaders.

We promote equity and social justice by focusing on groups that have received the least attention, including communities of color; rural residents; pregnant and parenting people; youth and young adults; and those involved in the criminal justice system.

We are holistic, focusing not just on evidence-based medical and public health interventions but also on the often-overlooked social supports that people need to sustain their recovery.

We are transparent, making clear how our board members, scientific advisors, and experts in addiction medicine, public policy, and other fields inform our funding decisions.

A Letter from
our President:

FORE is a national grantmaking organization focused on ending the nation’s opioid and drug overdose crisis. We are deeply committed to enhancing access to care for all Americans experiencing an opioid use disorder and enabling communities to invest in prevention.

The cost of inaction is simply too high. Over 210 Americans die every day from opioid overdoses. Families are facing hardships while the resources of clinicians, first responders, and others are stretched thin. The stigma of addiction and shortage of evidence-based prevention and treatment options have left many without the help they need. Now more than ever, it is critical for us to think creatively, test new approaches, remove silos, and enhance and expand activities proven to prevent and reduce opioid use disorder.

We welcome the opportunity to explore partnerships and collaborate with all who are dedicated to furthering our goal of accelerating solutions to end this public health emergency. We look forward to continue developing a strong network of grantees, partners, and collaborators.

Our leadership and staff are renowned experts with the vision and passion to drive our mission forward. 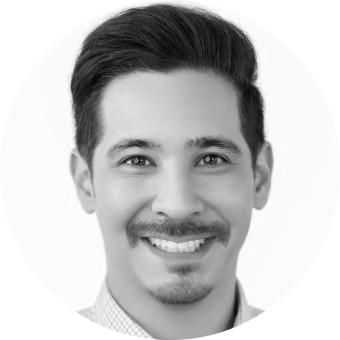 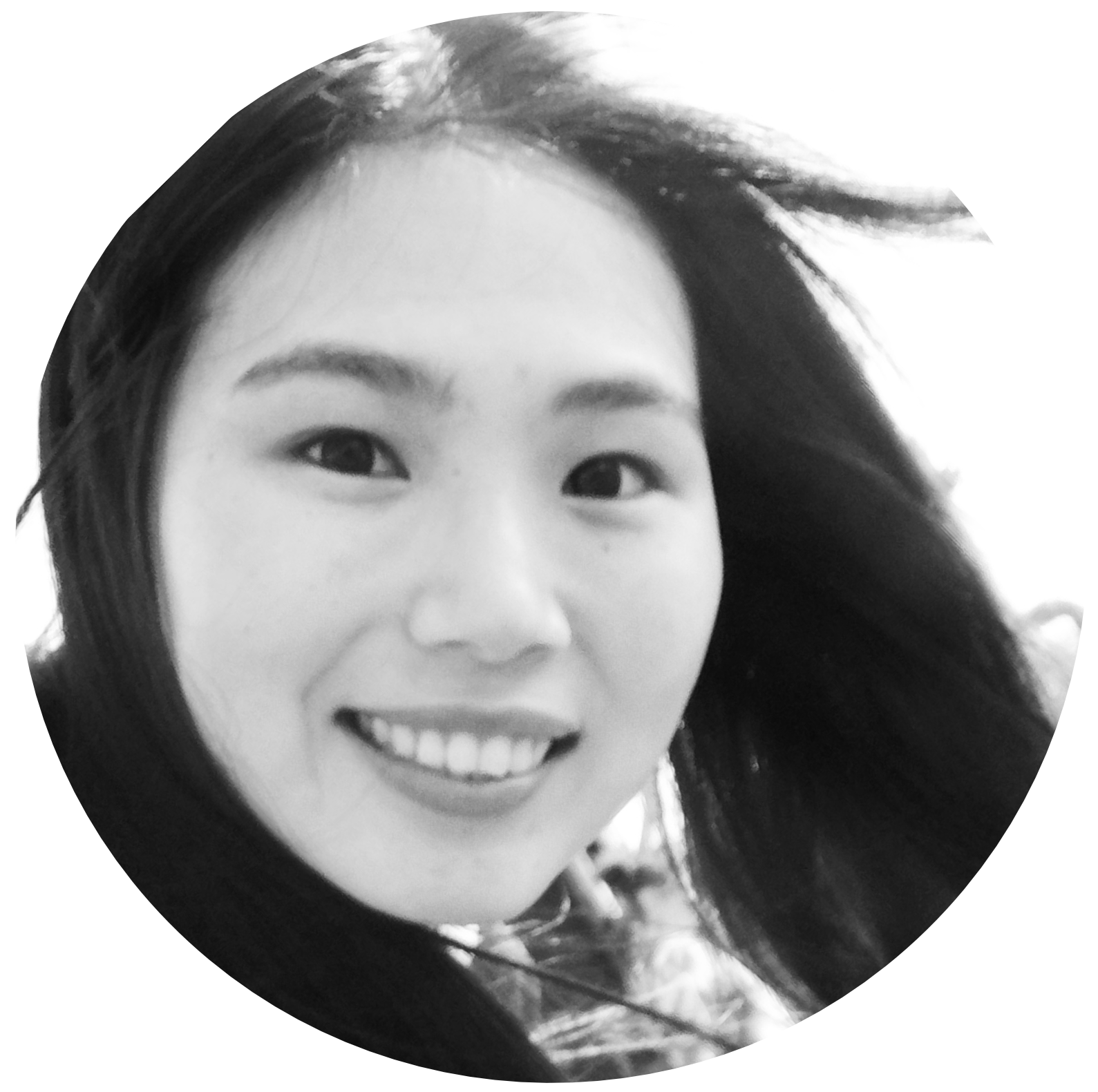 Dr. Adger is a professor of pediatrics at the Johns Hopkins University School of Medicine. He was the previous director of Adolescent Medicine in the Division of General Pediatrics and Adolescent Medicine, and now is a senior faculty member in the newly created Division of Adolescent & Young Adult Medicine. Dr. Adger is the director of the Substance Use Assessment/Intervention Team at The Johns Hopkins Hospital Adolescent Program. He is a past Deputy Director of the White House Office of National Drug Control Policy.

Dr. Humphreys is the Esther Ting Memorial Professor in the Department of Psychiatry and Behavioral Sciences at Stanford University. He is also a Senior Research Career Scientist at the VA Health Services Research Center in Palo Alto, CA, and an Honorary Professor of Psychiatry at the Institute of Psychiatry, King’s College, London. His research addresses the prevention and treatment of addictive disorders, the formation of public policy, and the extent to which subjects in medical research differ from patients seen in everyday clinical practice.

Dr. Krebs is a health services researcher, chief of general internal medicine at the Minneapolis VA Health Care System, and professor at the University of Minnesota Medical School. Her professional goal is to improve the management of chronic pain in primary care. She conducts research focused on chronic pain, benefits and harms of opioid analgesics, and care of patients prescribed long-term opioids.

Ms. Lovell is an innovative recovery leader who has spent the past decade growing wellness and recovery-focused initiatives across local, state, federal, and international levels. A recovery professional and coach, Ms. Lovell is the Co-Founder and Partner of Our Wellness Collective, RecoveryTraining.Online, and is the Cross-Systems Director of Families Together in New York State.

Dr. Matthew, dean of the George Washington University Law School, is a nationally recognized legal scholar as well as an expert in health equity and public health policy. In addition to Just Medicine: A Cure for Racial Inequality in Health Care, Dr. Matthew has authored or co-authored dozens of book chapters and articles focusing on health care reform, public health law, and health disparities, among other topics.

Mr. Mineta is a behavioral health counselor and expert on prevention of substance use disorder (SUD) as well as SUD treatment and recovery. He is currently the president and CEO of Momentum for Health, the largest private nonprofit dedicated to adult behavioral health services in California’s Santa Clara County. Prior to that, he served as a presidential appointee in the position of Deputy Director of Demand Reduction for the White House’s Office of National Drug Control Policy and as deputy director of Asian American Recovery Services in the San Francisco Bay Area.

Mr. Samuels is Director and President of the Legal Action Center. For more than four decades, Mr. Samuels has worked on a wide range of substance use disorder/mental health and criminal justice legal and policy issues at the federal, state, and local levels, including developing creative strategies to increase public and private financing for treatment and improve the quality of treatment, and to move the criminal legal system to a primary focus on diverting people to needed health care rather than punishment and incarceration. He works with government agencies, service providers, national organizations, and the recovery community and other directly impacted people to implement those strategies and educate the public and policymakers.

Dr. Szapocznik is Professor of Public Health Sciences, Psychology, Architecture, and Educational & Psychological Studies at the University of Miami. He is founding director for the NIDA-funded National Drug Abuse Treatment Clinical Trials Network’s Florida Node Alliance, one of fifteen drug abuse treatment research centers in the Network. He was also the founding director of the NCATS/NIMHD-funded Miami Clinical and Translational Science Institute. He has been a NIDA-funded researcher since 1978, having received over $125 Million from the NIH. He has made pioneering contributions to drug prevention and treatment research with Hispanic adolescents and their families.

Dr. Taylor is a psychiatrist who focuses on helping adolescents and adults avoid or overcome addiction disorders and cooccurring psychiatric disorders. For 14 years, he has served as medical director of the Player Assistance and Anti-Drug Program of the National Basketball Association/National Basketball Players Association. He also serves as the chief medical officer of the behavioral health division at Pathway Healthcare, which operates 13 mental health and addiction treatment centers across Alabama, Mississippi, Tennessee, and Texas. In addition, he is a member of the American Society of Addiction Medicine’s (ASAM) board of directors and chairs ASAM’s delegation to the American Medicine Association’s House of Delegates.

Dr. Terplan is board certified in both obstetrics and gynecology and in addiction medicine. His primary clinical, research and advocacy interests lie along the intersections of reproductive and behavioral health. He is Associate Medical Director at Friends Research Institute, Deputy Chief Clinical Officer at the Department of Behavioral Health, District of Columbia, and adjunct faculty at the University of California, San Francisco where he is a Substance Use Warmline clinician for the National Clinician Consultation Center.

Our Board of Directors

Dr. Barthwell, past president of the American Society of Addition Medicine (ASAM), is Founder of Encounter Medical Group, P.C., and Director at Two Dreams, a comprehensive alcoholism and addiction treatment system. From 2003-2004, she served as Deputy Director for Demand Reduction in the White House Office of National Drug Control Policy (ONDCP).

Ms. Brown is a dedicated social services professional with over 30 years of experience in providing high quality support services to diverse communities. She served as a senior administrator at Alcoholics Anonymous World Services for 17 years. Ms. Brown is a certified recovery peer advocate.

Dr. Clark is the former Director of the Center for Substance Abuse Treatment at SAMHSA. He contributed to the 2016 Surgeon General’s Report on Alcohol, Drugs, and Health as a Section Editor for Treatment. Dr. Clark is a Distinguished Fellow of the American Society of Addiction Medicine and is a member of the National Advisory Council of NIDA. He is ABAM certified in Addiction Medicine, is licensed to practice medicine in California, Maryland, Massachusetts, and Michigan, and is also a member of the Washington, DC, Bar.

Ms. Schechter is Executive Vice President, Chief Legal Officer & General Counsel for the McKesson Corporation. Previously, she was a litigation partner at Morrison & Foerster where she represented clients in complex litigation and investigations. She was named by the National Law Journal as one of the “Top 50 Female Litigators in the Country.” She currently serves on the Board of the National Center for Youth Law, and previously served on the Board of Legal Aid at Work.

Richard S. Schottenfeld, MD Professor and Chair of the Department of Psychiatry and Behavioral Sciences at Howard University College of Medicine

Dr. Schottenfeld is a leading clinical researcher, educator, and developer of drug use clinical programs and services. He has authored more than 125 peer-reviewed publications and has played a key role in the development and expansion of primary care-based treatments for OUD. He is currently the PI of a NIDA-funded Clinical Trials Network study investigating innovative strategies for addressing stigma and expanding treatment and recovery services in urban, poor, and minority communities.

Mr. Usdan has been in the investment advisory industry for over 32 years, founding Trellus Partners in 1994. Mr. Usdan began his investment career in 1987 at Odyssey Partners, where he was responsible for managing long/short U.S. equity. He currently serves on the Boards of Griffin Mining, Wesleyan University, The Jewish Board for Children and Family Services, and The Jonas Center for Nursing and Veterans Healthcare.

Dr. Walrond serves as president of the New York Theological Seminary, a 122-year-old institution known for its hands-on ministry. She is also the preaching pastor at the First Corinthian Baptist Church in New York City. As an educator, speaker, and faith leader, Dr. Walrond works to engage other leaders in efforts to build community, particularly by empowering women and girls and preventing child abuse.

FORE was started with a gift from the McKesson Corporation.